The first two matches held at the Partenio marked the beginning of a new era for Avellino.

This was testified by Luigi Castaldo of the green-and-white wolves in a recent interview, after the third day of championship, which took place under heavy rain. “Ball adherence to the field and the absence of false bounce are the technical details that make a difference” explained the Avellino attacker, who had a chance to notice the stark difference when compared with the previous championship played in their last home match and found in the new synthetic field a high-performing, avant-garde product.

It is exactly in these difficult weather conditions that one can best test the potentialities of the new synthetic turf field of the Partenio-Lombardi, where Italgreen concluded the restyling works for the turf layer. Today, thanks to this intervention the club has a Guinness-level stadium, Italy's largest football field in synthetic turf.

"The team can now enjoy the advantages of the new synthetic field, that ensures the best conditions during training and playing, allowing for an optimal use of the structure even in bad weather. Spectators will also enjoy an even better spectacle, thanks to the fast and fluid rolling of the ball, avoiding anomalous bounce,"

It is therefore not just a first position in numbers, but also qualitative, as the best solutions in synthetic turf available in the market were used for the field: Double 4 with Geofill N organic infill is the Italgreen product used to install the field.

A project that Italgreen carried out in record time: less than a month, to make sure Avellino could keep up with its schedule. After the friendly match on 20 August, Avellino x Cosenza, the next matches were against Brescia, then Trapani, and finally Cittadella, solidifying the beginning of a season marked by innovation for the green-and-white team, which, in its home matches, can enjoy an extraordinary field from the points of view of technology and performance, ensured by the hybrid system certified by the most important national and international organs, LND and FIFA. 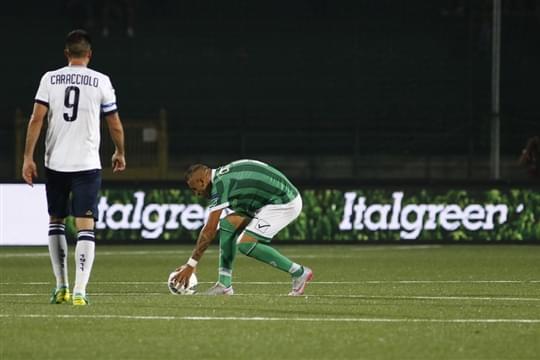 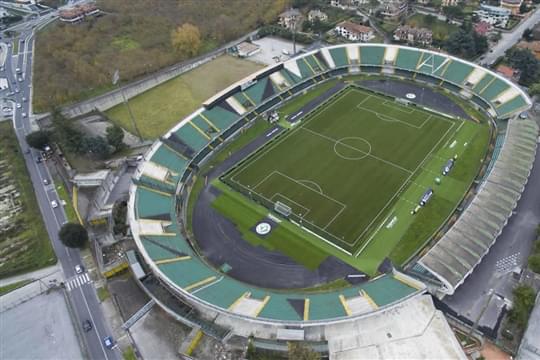