The Joaquim Américo stadium, which fans usually call “Arena da Baixada” or “Caldeirão”, home of the Atlético Paranaense since its inauguration in 1924, was the subject of an important intervention by Italgreen to remake its surface layer.

Despite the last intervention, made for the 2014 World Cup held in Brazil, had made it one of the country's most functional and modern stadiums, with a capacity of 50,000 spectators, it was necessary to install a synthetic turf field because of the scarce amounts of light and oxygen it received, which prevented grass from growing. In this context, the unique characteristics of Italgreen's product won the hearts of this Brazilian client.

With perfect timing, the company grasped this opportunity and the works started in December 2015. They were concluded in only two months - a record time. Right on time to make the stadium available for the Atlético Paranaense match against Criciúma, where the Atlético beat the team from the Santa Catarina state by 1 x 0.

A double triumph, then, consolidated not only by the positive outcome of the match, but also by the great satisfaction of playing on the new Italgreen field, as testified by the enthusiastic comments of players from both teams, having tested the extraordinary natural effect of the product installed. In addition to its optimal aesthetic result, Italgreen's mantle reduces abrasiveness to a minimum, guarantees maximum stability during runs, and no shifting of the infill during ball ounce. It releases no unpleasant odours and maintains the playing surface fresh even when temperatures are high.

The 62 Lesmo HD Geofill N system is the combo used for Arena da Baixada: the mantle is 62 mm high, made of yarns in three different shades of green making it look even more realistic. In addition, the performance infill is made of Geofill® N, an organic granule infill consisting of a mixture of natural and environmentally friendly elements. Thanks to these technical qualities, the Curitiba field obtained the world's maximum certification, the FIFA Quality Pro.

Italgreen therefore opened the frontiers of synthetic turf to the top levels of international football, taking the use of synthetic turf to the topmost levels of world football. The results obtained from this operation led Italgreen to an immediate comparison with other top-level teams, which were very impressed with the results obtained at the Arena da Baixada. 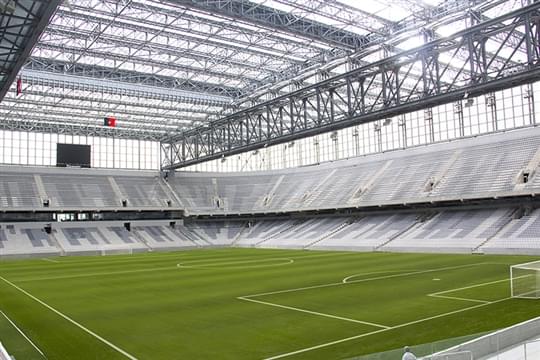 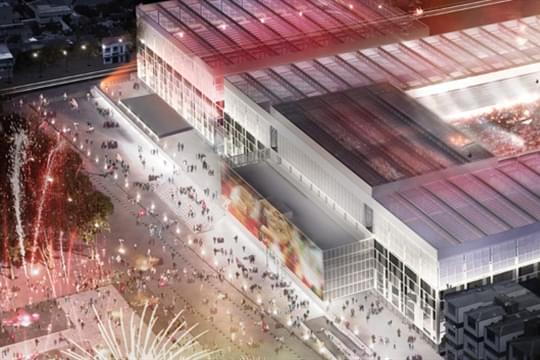